The DINZEY shoebox 2 – The day a Saban became Swedish

On the 12th of August 1819, Richard DINZEY, a successful merchant born on the tiny island of Saba on the 05th of June 1796, and residing on the then Swedish island of Saint-Barthelemy, became a Swedish subject.

He was still a young man, not married, but yet, so highly regarded by the Swedish authorities that he was made one of them. 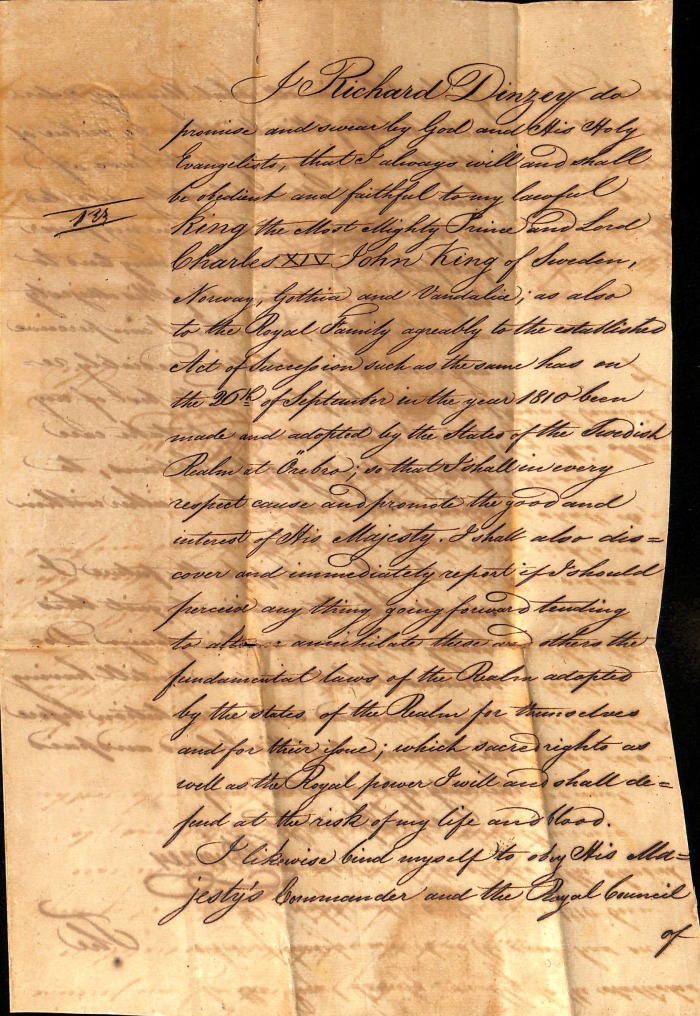